There are a variety of dolls available, in a variety of different configurations. You may know the basics: lifelike, compliant, gorgeous. But, do you know these odd, and not so odd, facts? Here are 11 strange facts about sex dolls.

#1 THEY ARE ACTUALLY USED FOR SEX

This is not an odd fact, at all, but some people think they are not actually used for sex. No matter how cheap, awful, and nonhuman-like the sex doll may look, think of the ones with red lips and hopefully non-toxic plastic, it is fully equipped with an anatomically correct hole that can hold a penis.

#2 THEY ARE USED FOR EMOTIONAL SEX 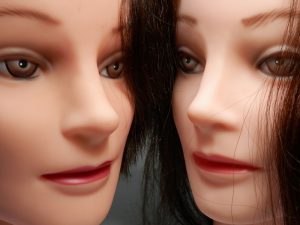 Sex dolls are not always purchased just for physical sex. Despite the somewhat flippant title of this paragraph, some men do grow deeply attached to their sex doll. They may go on dates, eat, sleep, and have long thought-provoking conversations with this doll. And sex, of course. Many people find this emotional connection extremely off-putting, but if you can feel bad over the death of a volleyball named Wilson, thank Siri for “her” infinite wisdom, or get pissed over losing a football game you weren’t playing in, then understanding the need for unconditional acceptance shouldn’t be too hard to wrap your heart around. Not to mention, to love an inanimate object takes a great deal of imagination.

Some may be wondering, where are the male sex dolls? The answer: few and far in between. According to The RealDoll company, just 10% of sex doll sales are for male dolls, and these are usually bought by homosexual men. So, the market is male.

While some sex dolls are made of vinyl and are a tiny bit more than a human-shaped beach ball, others are very high-tech. They can be made of silicone and have metallic skeletons that are very flexible, so can be positioned the way the buyer chooses. Some have heating systems and Cyberskin that can make them feel less like a doll and more realistic. Ranging from a few dollars to $10,000, in the current market, sex dolls can be as low-tech or high-tech as the buyer would like. A high-end shop called “RealDolls” offers these $10,000 dolls and are currently creating dolls that can flirt, interact, and talk back to the customer. Yes, Siri is getting some serious sexy upgrades, though hopefully not proprietary software ;).

More than just made of different materials, sex dolls are diverse in every aspect. They are different heights, genders including transgender, race, age, hair color, and features. As many options as there are predilections.

In the fantasies that accompany sex dolls, this seems to be a big indicator of the preference for sex dolls. Absolute freedom. They don’t nag and do whatever men please. Just remove the functioning brain and resistance and you have the perfect woman. On the other hand, sex dolls may make men feel accepted, so they can be whoever they like. Either way, sex dolls are enjoyed due to their compliant nature. There may not be many people who don’t dream of the perfect scenarios playing out where they control all of the aspects.

Japan and now Russia is home to brothels that have sex dolls and no human prostitutes. In Japan, men pay top yen to have sex with these dolls in virtual-reality brothels. In addition, there was a TV show that had a sex doll as a main character, albeit it was on for a brief time. An inventor has even created a sex doll that can also be used as a drinking fountain, though it is unclear why. 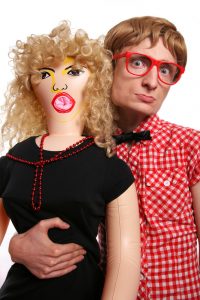 A man, known as “Davecat” lives with three sex dolls. One his wife and the other two are his mistresses. Born in Michigan, this man married the first doll, naming her “Sidore Kuroneko” and also enjoys the company of “Muriel” and “Elena”. Not an official marriage, as the Supreme Court doesn’t allow marriage between humans and inanimate objects, but this man says his marriage is real and the other two are just “intimate friends”. He loves these dolls because they don’t “possess any of the unpleasant qualities that organic, flesh and blood humans have.” and other sentiments.

A British couple owns more than 240 dolls but doesn’t use them for sex. According to the man, these full-size dolls are not used for their intended purpose but serve as a large companionship group. They eat dinner, watch TV, and have afternoon tea with the couple. It’s unclear why these dolls are needed, but this couple seems to enjoy them very much.

People have strapped sex dolls in the passenger’s seat of their cars to use the carpool lane. Life-size that they are, these people are able to zoom down the carpool lanes all by themselves rather than waiting like regular citizens.

Sander Reijgers believes that sex dolls are hideous things, so being an artist, this Dutch has spent many hours re-purposing these “ugly and vulgar” entities into something beautiful and useful. So far, he has turned 50 blow-up dolls into rain gear that includes waterproof hoodies. He also transforms these dolls into bags.

#11 A PARADOX OF APPEARANCE

Masahiro Mori came up with the term “uncanny valley.” This phenomenon describes the notion that the more dolls become indistinguishable from real humans the more people are disgusted by them. When we can tell dolls apart from us we can accept them easier. If this the case, then many companies are going down the wrong path.

Goodies in Bed in Zürich, Switzerland

How to Treat Sun Burnt Skin