5 Disturbing Facts You Should Know About Cirrhosis

Cirrhosis is a chronic or long-term liver disease. When scar tissue replaces your normal liver tissue and prevents your liver from functioning as it should, the condition is called cirrhosis. Because the scar tissue is preventing normal liver functions, if cirrhosis isn’t stopped or treated, it will ultimately lead to liver failure. This means that the liver is no longer able to carry out its functions. This is then referred to as end-stage liver disease, which eventually leads to death. Here are five things you should know about this killer.

#1 Cirrhosis Is A Silent Killer 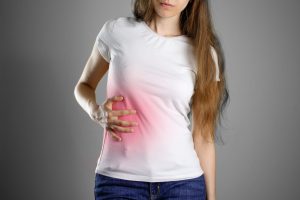 There are times when no symptoms show when it’s only a mild case of cirrhosis. Depending on how severe the damage to the liver is, different types of symptoms show. The most common symptoms of cirrhosis are constant feeling of tiredness or exhaustion, nausea, weakness, and loss of appetite.

When the disease progresses, other symptoms start to show, too. These include jaundice or yellowing of the skin and eyes, muscle loss, itching, and easy bruising. In the more advanced stages, cirrhosis will cause a patient to vomit blood as blood vessels in the esophagus start to bleed. Fluid may also start building up in the belly and the patient will often experience abdominal swelling.

One of the normal functions of the liver is to filter toxins and infectious agents from the blood. When cirrhosis happens, normal liver function is affected. As the disease progresses, the liver can no longer effectively remove toxins from the bloodstream. Eventually, the accumulation of toxin in the blood will cause hallucinations, delirium, confusion, and even changes in the personality.

#4 Cirrhosis Can Cause Gynecomastia

Enlargement of the breasts in men or gynecomastia is a symptom associated with cirrhosis. Along with this, the male patient may also experience scrotal swelling. Or the testes may shrink. For these three symptoms, the cause is the same – because the liver is no longer functioning properly, hormone production and metabolism are also affected.

#5 Obesity Can Lead To Cirrhosis

One type of cirrhosis is called non-alcoholic fatty liver. In this case, fat accumulates in the liver. The excess fat deposited in the liver can be toxic to liver cells. This will then lead to liver inflammation and steatohepatitis. Over time, this causes scarring and cirrhosis. The most common causes of non-alcoholic fatty liver are obesity, diabetes, and coronary artery disease. The condition is also called steatohepatitis which is characterized by liver inflammation.

There are also other causes of cirrhosis genetics, poisons, infections, and even heart diseases can lead to cirrhosis. For inherited disorders, these include genetic disorders related to sugar metabolism such as galactosemia or glycogen storage disease and genetic digestive disorder or Alagille syndrome.

Other causes of liver cirrhosis include primary biliary cirrhosis, autoimmune hepatitis, and scarring of the bile ducts. Bile, produced by the liver to enable the body to digest fat cells, is transported from the liver going to the gallbladder then to the intestines through the bile ducts. Damage or blockage of the bile ducts cause bile to back up to the liver, resulting in liver damage and biliary cirrhosis if the damage is not corrected. Autoimmune hepatitis, on the one hand, happens when the body’s immune system attacks healthy cells and organs instead of viruses and bacteria. In this case, the liver cells are attacked by the body’s immune system, causing liver damage and scarring. 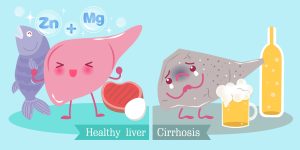 There are many ways to prevent cirrhosis. As is common knowledge, chronic alcoholism is the most common cause of cirrhosis. How alcoholism causes cirrhosis is quite simple. Alcohol can poison any cell in the body, and liver cells are no exception. When liver cells die because of alcohol, scar tissue also gets formed in the liver veins.

Thus, one way to prevent cirrhosis is to stop consuming alcohol in large doses. It doesn’t mean that you have to abstain from alcohol altogether. One drink a day for men over the age of 65 would still be alright, but excessive consumption of alcohol over long periods of time will definitely increase your risk of developing cirrhosis.

Avoiding risky behaviors such as drug abuse and unprotected sex can also help you prevent cirrhosis. Of course, it’s always a good idea to eat a healthy diet and exercise regularly. However, when it comes to taking vitamin supplements, you might want to consult your health care provider first. Excessive doses of vitamin A, iron, and copper can actually contribute to liver damage. In fact, iron buildup in the body or hemochromatosis is also linked to cirrhosis, and the same goes for Wilson’s disease or copper buildup in the body.

And while you’re in discussion with your health care provider, you might also want to get immunized against hepatitis B, if you haven’t had the shot yet.