Life can be stressful for everyone; however, every individual has a unique way of dealing with stress and anxiety. Some people like to enjoy an activity that they haven’t experienced before or lack knowledge of. Such inexperience in a hobby can allow a person to learn about a specific interest and become more involved in the activity. Although, other people like to talk about their feelings in order to combat stress and anxiety. One way to share personal feelings is through talk therapy, but sometimes a person can feel intimated when faced with the challenged to openly talk alone with a stranger. In many cases, if a person feels scared or frightened about the prospect of individual therapy, many people take group therapy instead. But is group therapy more successful than individual therapy?

Here are the advantages of taking group therapy:

What is group therapy?

Group therapy is often displayed in movies and television shows to showcase a “discussion” between one or more people that address the mental, physical, or spiritual needs of a person.  This “discussion” helps treat group members in their personal and professional lives when dealing with various problems and struggles. Although, group therapy is not just displayed in Hollywood but all across the world too. While group numbers vary, it’s likely that groups will include between six and twelve members since groups that tend to be smaller have higher success rates. Also, it’s probable that there may be more than one therapist at a group therapy session. However, it’s unlikely that there will be three therapists at a group session unless the group is very large. 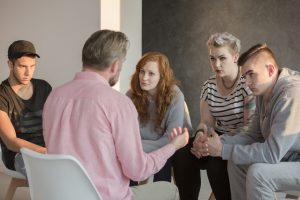 Group therapy is perfect for people to see that they are not alone. It’s common for people to believe that they’re the only ones going through money problems, family disputes or various struggles. However, many people in the world face the same problem in different situations. Group therapy allows many perspectives about one or many issues to be talked about, and therefore, a person can gather support from the surrounding people who have or are facing the same problem. Such support can make a person feel good about themselves and believe in their abilities for the future.

Experiences and situations are talked about in group therapy that may refer to you. Sometimes you might give your opinion on the subject matter and other times you might not. However, talking about the experiences that might help other people is a great way to bond and lead support to others in your group. Group therapy is not about receiving some quick help in the form of another person’s experiences. In fact, it’s about the give and the take of the group. Most people share events or situations that allow themselves a chance to heal and move forward, but those events can help others too. However, in order to learn from another person’s experiences, you must understand yourself and be willing to put in the time and effort to change accordingly.

Unlike individual therapy where there is only one other person to bounce ideas off of, group therapy allows for multiple people to express their ideas and help others manage their issues. In group therapy, the session works much like a standard conversation. With members differing in age, gender, and ethnicity there is bound to be contracting ideals within a group. However, that is not an awful scene. Such conflicting ideals can spark discussion and make a therapy session more impactful. Therefore, group therapy offers a person the chance to speak to an individual who may not exactly think like you but have similar problems or struggles as you do. 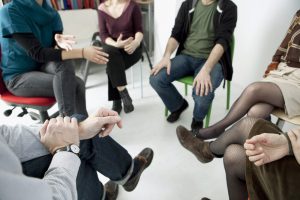 People who have gone to group therapy sessions before have probably seen a person model behaviors like confidence or self-control. Modeling a behavior can be influential to a person who lacks a needed or wanted personality trait. In fact, modeling behavior is a natural way to learn how to imitate actions. Kids of all ages model behaviors of older adults because those behaviors are looked as expressive and meaningful in life. Group therapy is the perfect place to model behaviors from a person who learned from their mistakes and is taken steps to correct them.

Most individual therapy session can cost a pretty penny; however, group therapy is known for its low cost. Most sessions take place in a community setting where everyone can feel at home. Some individual therapy settings can make a client feel awkward or even out of place when talking about a person’s feelings. Although, some group sessions can be pricey those that are higher in price tend to have a larger number of members in the sessions. If you want to minimize the cost of a group therapy session, it’s suggested that you stick to a smaller group size.