A high school football coach from California is now out of a job after two students allegedly spiked the school’s water. According to sources, the two students spiked the water with a male enhancement drug during a junior varsity football practice.

According to a recent article from the New York post, Coach Luis Barajas of Helen Bernstein High School in Hollywood did not initially let school officials or parents know that some students may have possibly drank the contaminated water. Barajas did not initially let anyone know that the water was contaminated, either. It wasn’t until two weeks after the incident that the coach came forward to speak of what the two students did. Once Barajas came forward, officials launched an investigation into the July 12th incident. 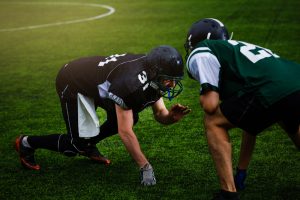 As of recent, the general counsel’s office for the Los Angeles Unified School District came forward to give a statement. The statement addressed the incident by stating that no parents had complained about the alleged spiking of the water, the incident was not extremely serious to where the school police had to get involved, testing was not done of the supposed contaminated water, and there were no reports of students getting sick after the incident.

Barajas was fired on August 7th. According to a report filled out during the investigation, this was not the only thing off about Barajas’ record. Investigators also found that the coach had failed to secure a permit for practice.

During the investigation, the school was found at fault for certain circumstances. According to officials, the school’s athletic department failed to supply the school with an additional assistant coach. In addition, the school did not make sure that students were eligible through good grades to play sports in the first place.

A spokeswoman for the school’s district came forward on Tuesday to tell the New York Times that parents were never notified of the contaminated water. The reason behind this decision was due to officials not finding evidence that any student drank the water. Even still, the water was never tested for contamination and it was thrown away before the coach came forward to report the incident. All this information came from the spokeswoman’s statement. 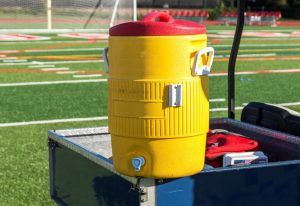 An orthopedic surgeon from California decided to come forward and talk about the male enhancement drug this week. According to the surgeon, it would be difficult to determine any outcome or sickness without knowing the amount each student ingested of the male enhancement drug. The surgeon had stated that the drug had a possibility of altering the students blood pressure, specifically if the student was taking medications with nitrates in it. Other than that, no severe reactions were included in the statement.

Barajas has yet to comment on any of the information stated above.

Though the act of spiking water with a male enhancement drug is wrong and frowned upon, it is not harmful to the students’ health. Many male enhancement drugs are known to have no side effects because they are an all-natural pill used to increase performance, stamina, and endurance in a healthy and positive way. The students were not put in harms way during this incident.

This is crazy! It wasn’t the coach’s fault that those kids were being dumb! And if the sex enhancement drug had no side effects, and natural like your example, then where’s the harm?