How Effective Is SeroVital HGH?

SeroVital HGH – At a Glance

Basically, this fitness product uses argining as its main ingredient for the purpose of boosting HGH levels as long as it is collaborated with regular workout alongside proper nutrition. It has been reported that a few consumers have utilized this product with success in term of enhancing their skin and general health. This only signifies that SeroVital HGH is indeed efficient. But just like all nutritional products out there, its potency and effectiveness varies and may not apply to all users.

If you’re keen with the use of this product, it is suggested to use it with consistency and for a prolonged span of time in order to obtain the maximized results of the components used in its formula. You won’t see any positive results if you only use SeroVital HGH for a brief period of time.

Moreover, SeroVital HGH is generating a lot of buzz lately and has even been said to be the next most promising supplement when it comes to delaying the signs of aging and improving one’s workout performance.

Containing 100 percent natural components with significant amount of amino acids, it resembles to many HGH products in the market, but is SeroVital HGH stands distinct among the rest? Read on to find more about SeroVital HGH and its true potential.

What are the Claims? 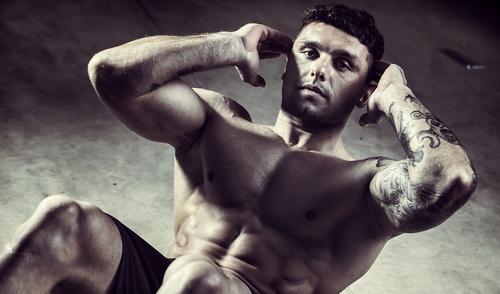 As mentioned, SeroVital HGH is claimed to boost HGH levels by as prolifically as 682%. This is according to a research performed on 16 participants. When the secretion of HGH is augmented, you will experience the gains below:

Better mood or frame of mind

The question is – can SeroVital HGH really live up to its promise? We can tell by scrutinizing the components included in its formula.

What are the Components?

The company behind SeroVital HGH did not reveal the specific quantity of every ingredient in the product’s every dosage. Thus, it’s hard to know if these components could be effective because we don’t know if they’re in proper amounts. Nevertheless, here are the components present in SeroVital HGH:

L-Lysine HCl – vital for the production of protein, enzyme, and hormones; when mixed with arginine, it could increase HGH levels.

L-Arginine HCl – this is considered the best form of amino acid in terms of boosting the generation of HGH levels.

Oxo-Proline – it is a glutamic acid derivative though not much is known with regards this component. Experts in the scientific community are still examining the impact of this amino acid on the blood brain blockade. Several have deduced that Oxo-Proline hastens the delivery of the sodium-reliant amino acid.

Nonetheless, these researches are frequently in disagreement. Also, studies performed on animals demonstrate that Oxo-Proline could have an adverse reaction on the body, saying that 5-oxoproline could trigger oxidative stress.

By definition, oxidative stress is the disparity between reactive oxygen species generation and the biological system’s capacity to cleanse out the reactive intermediates. Consequentially, there are disorders in the standard redox condition, which leads to impairment of all cellular elements, including proteins, lipids, and DNA.

Moreover, it disintegrates into glutathione, a highly efficient antioxidant, which eradicates free radicals, hindering cells from experiencing oxidative stress. This component could also counteract the adverse manifestations brought by oxo-proline.

L-Glutamine – This component lessens surplus ammonia that accumulates when in the middle of a physical engagement. It also serves as a barrier, cutting down achiness of the muscles and allowing athletes to work more vigorously for a more significant period of time.

Glutamine is then transformed into glutamate, which could boost HGH levels when mixed with arginine salts and any form of physical engagements such as exercises.

Schizonepeta Powder – This particular herb is more recognized as Japanese catnip. It has substances that could slow down the secretion of cytokine, which makes it a promising cure for allergies.

Experts think histamine regulates HGH secretion through arginine channels. On the other hand, more researches are required to substantiate any impact Schozonepeta could trigger on HGH. 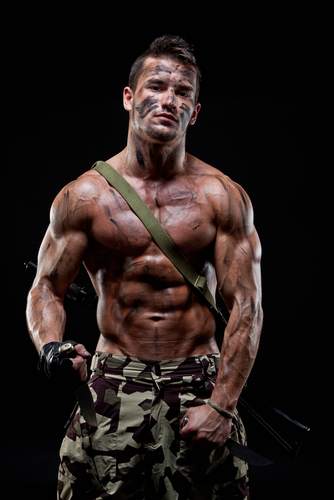 This particular supplement does not have any detrimental stimulants or chemicals. Arginine, meanwhile, is harmless when consumed properly, but is also believed to trigger these adverse reactions when ingested in great amounts:

L-arginine in SeroVital HGH is not in high dosage, so there shouldn’t be any adverse reactions. But just to be on the safe side, begin with the tiniest dosage possible in order to review your body’s tolerance to it.

In the case that you’re taking any prescriptions, arginine is a precursor to nitric oxide, which soothes blood vessels. If you’re under blood pressure prescriptions, speak with your physician first to make certain that there won’t be any unconstructive interactions. Bear in mind that SeroVital could also consist rice flour and preservatives.

Proper Use of SeroVital

The product must be consumed in the morning prior to eating breakfast or at night after having your dinner. Allot at least two hours before eating something to make sure that the amino acids in your diet won’t be an impediment to SeroVital’s functions and overall performance. Remember to not take over 4 capsules within 24 hours. Also, SeroVital has gelatin in its capsules.

Are Diet and Workouts Still Necessary?

Absolutely, SeroVital could increase HGH levels, but HGH cannot make up for a lifestyle that only includes binge-watching or sitting at your desk all day while munching on high-caloric foods. The manufacturing of HGH is maximized when consumers practice proper nutrition, workout regularly, and sleep well every day.

What Users have to Say?

There are many feedbacks from customers are great, testifying SeroVital’s effectiveness in delivering healthy skin, increased energy levels, and overall wellness, albeit these effects take awhile to show. However, there are also many consumers who said that SeroVital takes time to take effects and they also find the cost a bit high. Instructions on proper use of SeroVital are also deemed inconvenient by many users.

Generally, even as SeroVital could provide you higher HGH levels, it could take weeks or months before you notice any positive gains.

As mentioned on the customer feedbacks, SeroVital is not cheap, especially since its formulation is just a simple amino acid structure.

Moreover, its cost is $99 per bottle exclusive of shipping fees. When you register for the autoship plan on the official site, the average cost is around $80 for a bottle. This is a bit lower than the actual price when brought solo. Nevertheless, review the terms & conditions of the autoship plan prior to making purchases.

By and large, can SeroVital provide positive effects?

Fundamentally, SeroVital is no wonder product but it indeed possesses components that have the potential to boost your HGH levels as long as users also abide by proper nutrition and workouts. Some consumers have said SeroVital produced ideal results in terms of skin and overall health. But it may not be suitable for other users.

If you’re keen in using this product, it is suggested to use this on a regular basis and for a prolonged period of time in order to enjoy the maximized benefits. Using it momentarily won’t produce any positive effects.

Reviewing the Safety & Effectiveness of Pre-Kaged

Can You Increase Your Size With TRT?

How to Build a Muscular Body Faster

Top 15 Exercises for Men for Fitness and...

How to Stay Fit When You are Above...

8 Ways to Help Boost Your Stamina and...