There are currently close to fifty million people in the United States who are 65 years old and over. Of these, close to 22 million are male. Of the remaining twenty-seven million women, 27% of those aged 65 to 74 years live alone and the percentage goes higher in older age groups.

The elderly population in the US are facing new challenges and opportunities their counterparts in previous generations did not encounter. For instance, the elder persons now are more familiar with digital technology which they can make use of to bring them greater convenience in their senior years. However, living alone and digital technology know-how are not the only challenges and opportunities for US citizens aged 65 years and over. Take a look at these four health trends in elder Americans.

According to the US Centers for Disease Control and Prevention (CDC), a significant portion of the elderly population rated themselves as having poor or fair health, with more than 25% of those aged 65 years and over assessing their own health as such. This is also the same age group that had the most reported disabilities, at 35%. 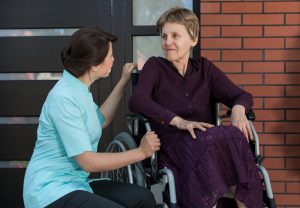 The good news is that the concerns of elderly people with disabilities are gaining recognition on a global scale. International bodies and policymakers from all over the world are paying attention to these issues as part of the global campaign for healthy aging.

According to the Alzheimer’s Association, there are approximately two hundred thousand people in the United States who are suffering from an early onset of Alzheimer’s disease. However, for those who are 65 years or older, the estimated number of Alzheimer’s patients is 5.5 million. These numbers are growing at a rapid rate and the number of people with Alzheimer’s is estimated to almost triple by 2050.

Because Alzheimer’s disease causes the brain to degenerate, it leads to debilitating cognitive impairment. Severe memory loss is one of the most emotionally painful symptoms of this disease, such as when an elderly loved one no longer recognizes his or her family members.

Fortunately, because of the increased awareness about Alzheimer’s, many scientific studies are now focusing on finding cures and treatments, as well as preventive medications for Alzheimer’s. For instance, recent studies on the use of antioxidants like curcumin for the treatment of Alzheimer’s are showing positive results.

Obesity is one of the top major health concerns in the United States today. With an estimated two in three American adults being overweight or obese, there is a growing concern about the prevention and treatment of obesity as well as its associated medical conditions like diabetes, cardiovascular diseases, and hypertension. The elderly population, in particular, are vulnerable to these three medical conditions as risks for these illnesses increase along with age. 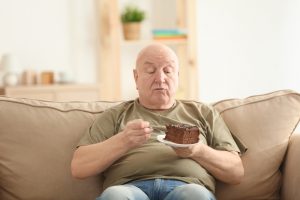 As the sales of packaged and fast food continue to increase in the United States, so do the number of obese people. It has been established that diet is one of the main factors contributing to obesity, and a diet consisting only of fast food meals is decidedly unhealthy.

On the other hand, on a global scale, the market for weight loss supplements is also growing. This is primarily driven by the growth in obese population globally, as well as the growing awareness about the dangers of obesity and the increased promotion of healthy living.

Nevertheless, managing weight through weight loss pills will not be sufficient. Especially for those who have the genetic propensity to be obese, exercise and healthy diet remain the biggest factors in fighting obesity.

There is a prevailing perception that elderly adults no longer have sex. However, this misconception has long been debunked. A unique study, in the sense that it included respondents who were more than 80 years old, published back in 2008 showed that although sexual activity generally declined with age, more than half of those aged 65-74 years and more than a fourth of those aged 75-85 still continued to be sexually active.

Undeniably, though, many sexual problems caused by aging beset these elderly people. Starting at late 50s, both elderly men and women experience at least one sexual difficulty. For women, the most prevalent are low sexual desire and insufficient vaginal lubrication. For men, the biggest problem is erectile dysfunction.

Fortunately, there are now many medication and treatments available for erectile dysfunction. For instance, supplements to improve male sexual health now abound. In fact, in the study cited above which involved more than 1,400 elderly men, it was reported that fourteen percent were taking sexual enhancement supplements.

The global market for supplements and medications for the treatment of erectile dysfunction is currently growing. New drugs and supplements continue to be released into the market, spurring hopes for elderly men who are wanting to revitalize their sex lives. For instance, Uprima, an oral tablet taken to improve erectile function, is currently available in Europe. However, its release in the US is still on hold due to the reported side effects which include nausea and vomiting.

This rapid growth is driven by changes in the perception of sex enhancement pills and increased demand particularly for supplements for women. Moreover, the availability of these products through e-commerce and online retail outlets make them very accessible.

All You Need to Know About CrossFit: Is it the Right Exercise for You?

Breakfast in bed in Barcelona, Spain