A Product Review of CogniMaxx XL

This dietary product is a brain booster that’s claimed to be completely natural. It is purported that CogniMaxx XL can boost both the short and long-term memory, improve focus and mental lucidity, enhance levels of energy, as well augment your overall mood. Simply put, this supplement can promote mental health and performance with the use of cutting-edge components.

Based on the information provided by the manufacturer, the blend in this product works instantly. They even refer to CogniMaxx XL as a genuine pill that is limitless in its offerings, but without any adverse reactions.

Just like other nutritional companies, the assertions made by CogniMaxx XL’s company are too amazing to be for real. Can this supplement be the ultimate solution for your mental concerns? Or is it just another supplement in the market that is full of promises, but can’t really deliver in reality. First, let’s find out how much it costs. 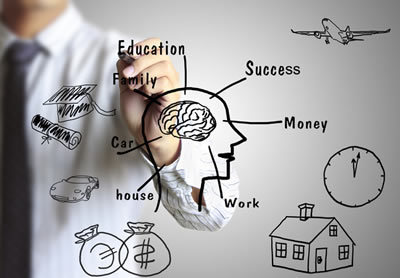 Normally, we don’t begin discussing a nutritional product’s cost, but in CogniMaxx XL’s situation, it is vital to understand the whole picture.

This is because the information on CogniMaxx XL’s prices is not provided on the product site. We contacted customer support at this number: 866-379-0232 to learn the costs. The representative who answered the call told us that there are two kinds of CogniMaxx – the original version costs $47 and the new CogniMaxx XL costs $67.

How’s the original type different from the new one? We’ll discuss this later. Meanwhile, all CogniMaxx XL purchases are offered with free shipping and a 30-day refund policy. This is less shipping and handling fees, plus a $4.95 restocking charge for every order of single-bottle packages. For multi-bottle packages, the restocking charge is $9.95.
The good news is that any information about autoship enrollment hasn’t been stated in the Terms & Conditions or anywhere on the site. This means you don’t need to think about any recurring purchases as there’s none. 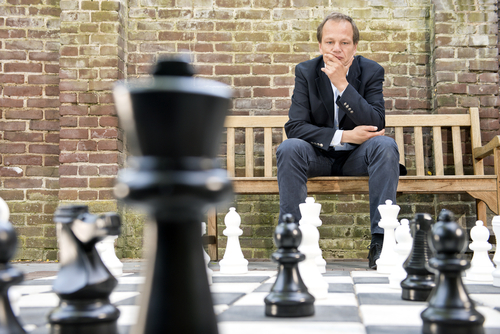 In the Hollywood film Limitless the character Eddie Morra (played by Bradley Cooper) was having difficulties in writing a book and organizing his life in general. He was then introduced to a pill called NZT-48, which expanded his cognitive facilities to its extreme, allowing him to finish his book in four days and basically learn a lot of new things in just a short period of time. With his highly improved mental abilities, his life became excellent in all levels because there was the sense of invincibility.

Of course, this is just a plot in a movie and the pill is also not real. Nonetheless, a lot nutritional companies have used this as the basis for their nootropic supplements. More and more manufacturers are now saying that they can actually produce such products with similar mental benefits. Maybe some brands can generate effects that will be beneficial for the brain, but is CogniMaxx XL one of the brain supplements that work?

What are the Components?

It is not provided on the website what the components are contained in CogniMaxx XL and how much in every dose, which is a red flag since as a consumer you want to know what kinds of stuff you’re putting in your body. The good news is that we found a product label on Amazon listed below:

Earlier we discussed how there are two versions of the supplement. In this case, it seems that the XL type has caffeine, but the customer representative could not provide the information on the precise quantity of caffeine in the newer version of the product.

Moreover, of the components listed above, below are the ones with the potential for improving mental health:

Ginkgo could be efficient for “slightly improving memory, speed of thinking, and attention in healthy adults.”

Phosphatidylserine and vinpocetine could aid in the treatment of Alzheimer’s and other cases of mental deterioration caused by aging. However, existing study points that these should come from cow brains and not from soy, which is found in several dietary products.

Likewise, acetyl-l-carnitine may aid in the enhancement of recall and may prove beneficial among the elderly. Bacopin may also boost recall of individuals with normal brains.

Beyond this, there’s no sufficient scientific proof demonstrating that the remaining components in CogniMaxx XL can produce positive results useful for mental improvement.

The recommended quantity for acetyl-l-carnitine, on the other hand, is 1,500-2,000mg each day, but CogniMaxx XL only has 50mg. They only followed the suggested dose for phosphatidylserine.

What could be the Adverse Reactions?

The effects may be not as significant as its manufacturer makes it appear, but the good news is that most users will find the components in CogniMaxx XL tolerable. There are no severe side effects to be anticipated, only minor stomach discomfort.
On the other hand, Supplement View said that the ingredient St. Johns Wort can, at times, trigger sleeping issues, vivid dreams, agitation, nervousness and bad temper.

Nonetheless, all these information are gotten from the available clinical data. In reality, do the consumers say the same based on their actual encounters with the product?

What Users Have to Say?

We have assessed so many famous brain booster brands here. This includes Geniux and Brain Storm Elite, among others. In its entirety, the consumer reception is not positive. On average, nootropics only garner 2-star scores. The most usual criticisms brain enhancers face are its ineffectiveness, steep costs and problems in autoship program cancellations or money-back guarantees. Will you experience the same when you buy CogniMaxx XL?

On Amazon, the original version of CogniMaxx garnered a 3.4 rating as of this writing. This is based on 16 consumer reviews. Some users said they experienced improved mental facility, but some also said that they didn’t feel any changes at all, plus the supplement is expensive.

Considering that CogniMaxx XL only has caffeine as the additional ingredient when compared to the original version, you might encounter similar effects, except for the part where you feel a momentary surge of energy.

All things considered, do you think CogniMaxx XL can make a difference as far as your brain health and performance are concerned?

Final Verdict: Is CogniMaxx XL the One?

Despite the clinical evidence available on most of CogniMaxx XL’s components, it is still unlikely that it will make your brain be equipped with the so-called “limitless” potential. There may be positive effects, but not as remarkably notable as the manufacturer makes it seem. As you may have noticed if you have spent some time researching for nootropics, making grandiose assertions are what companies resort to in order to catch people’s attention.

Also, the original version of the CogniMaxx formula has a mixed (even limited) user feedbacks on the web, while the new version, CogniMaxx XL, only has caffeine as its new, additional component, but with a $20 price increase.

We think that your money is better invested speaking with your physician if you’re experiencing any memory issues.

You can even modify your lifestyle in order to avoid experiencing any mental deterioration. Through this, you’re protecting your brain health without spending money.

What Planking Exercise Can Do When Performed Everyday

10 Reasons Why Beer Isn’t So Bad After All