How Your Sedentary Lifestyle Is Killing You

Have you heard of the latest? Facts and studies combined suggest that sitting is the new smoking. In the earlier years, sitting is regarded as harmless. But sitting in the present times has a different connotation. With the advent of technology, most people tend to spend more time sitting on their computers or using other electronic devices.

Everything can be done and accomplished with a click of a finger that we’re moving less and less. Instead of going to the store, we just order the stuff we need online and wait for them to just get delivered to us. There’s just too much convenience that the things and activities we used to employ our physical efforts to achieve can now be completed online.

Even the professional world has since changed. Currently, most jobs require people to sit at their desks for hours on end. People become too pre-occupied that they forget to stand, walk around, and do some stretches to relax the muscles and help with blood flow. It’s just endless sitting every day without any physical activities that can make up for the time spent on chairs. How could we when we’re already exhausted from work and various stressors of daily life?

It’s natural for people to just hit the couch with the TV on as means of relaxing after a tiring day in the office. Some even head straight to bed, not to sleep but to open Facebook, Twitter, or Instagram. This makes physical inactivity even more lethal. If you keep doing this every day without making any conscious efforts to be active, you’re bound to suffer from the medical repercussions of a sedentary routine in your later life.

Here are 6 ways a sedentary life threatens your health:

1. It lowers your mood 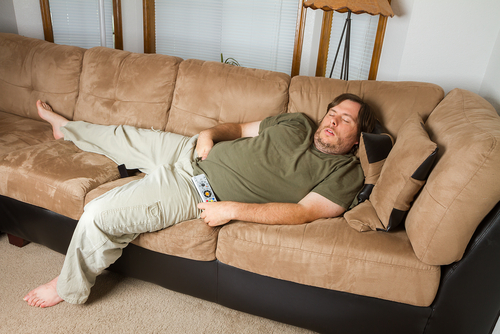 Australian researchers found in a study that men who sat for more than six hours per day were 90 percent more likely to experience moderate psychological afflictions than those who only sat for three hours at work each day. This includes feeling nervous, restless, hopeless, or even fatigued.

Also, other forms of physical inactivity, such as watching TV or playing electronic games can boost your risk for anxiety. This is because spending more time sitting doesn’t allow you to spend your free time on physical activities. This is unfortunate because exercise has mood-increasing gains. When you work out, your body releases endorphins, which are feel-good hormones. In fact, studies suggest that cardio can help improve your mood as much as anti-depressants can address your mood issues.

2. The risk for cancer increases

It’s been found in a study that physical inactivity increases the risk of all forms of cancer. This also has something to do with obesity as well since people who have sedentary lifestyles tend to gain weight, especially when glued on television all day with junk foods on the side. When there’s obesity in the picture, the risk for cancer heightens due to the high levels of body fat. This is because chronic inflammation can be hostile to your body cells. Over time, this can result in cancer-causing DNA. 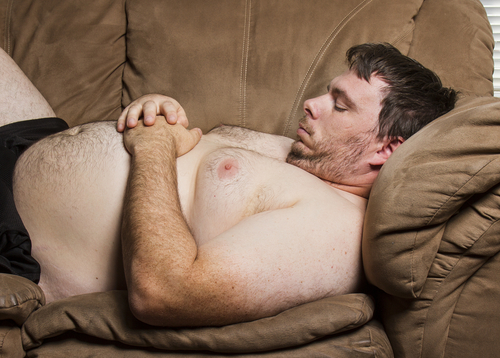 Regardless of your healthy weight, your blood sugar levels can still soar if you spend several hours glued to your chair. As a matter of fact, adults who are physically inactive were more likely to have blood sugar levels at 5.7 percent, which exceeds A1C test. With this A1C levels, you’ve made yourself part of the prediabetes club.

This means that despite your healthy weight, you still have a higher ratio of fat to muscle. This is what led many to call this condition the “skinny fat”, which can result in multiple metabolic problems, such as high blood pressure, blood sugar, and cholesterol levels.

4. It negatively impacts your sex life

When you’re physically inactive, it’s easier for you to gain weight. If you’ve already settled to a life of sitting and lazing with no physical exertions, you’re also likely to develop obesity. Now, it’s been observed in studies that those who are heavier are more likely to have erectile dysfunction than those men who are leaner. And by now you should know that a poor sex life due to your sexual malfunctions is no way to live.

Eventually, your predilection to being attached to your chair will take a toll on your back. Sitting for as little as four hours straight can heighten the strain on the disks in your lower back. This compression can result in disk degeneration, which is a typical cause of back pain.

It’s been found that working out at least 150 minutes in a week can enhance the quality of your sleep. In a survey conducted by the National Sleep Foundation, more than two-thirds of people who exercise regularly have never encountered symptoms linked to insomnia.

On the other hand, 50 percent of people who don’t exercise have reported waking up in the middle of the night, disrupting their sleep. And certainly, we’ve heard that lack of restful sleep can also lead to a series of other health problems. By exercising on a regular basis, you’re helping your body eliminate possible health risks.