The Effects of STDs on Sperm Fertility

Sexually transmitted diseases (STDs) pose a huge threat to our lives and health. And while you may not be ready to conceive and father a child right now, that is no reason why you should let the common STDs to ruin your chances at fathering a child ever. STDs threaten to damage your sperm count, volume, quality, and motility in just a few seconds, and you should do everything that it is in your power to prevent that from ever happening. What will follow is a detailed explanation of how the common STDs are damaging your chances to conceive and father a child.

Despite the variety of contraception methods that we have to keep us protected, common sexually transmitted infections keep surrounding us. You might think that the number of STD cases had declined since the past when there were no contraception methods whatsoever, but that, unfortunately, is not trying. Although the numbers have declined, the difference is still not satisfactory due to the number of people who still practice unsafe sex.

How do STDs reflect on your reproductive health and fertility in general? 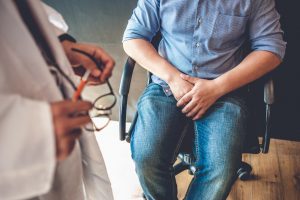 Most of the STDs are hard to diagnose, as most of the times, they do not cause any visible symptoms to occur. However, what they are commonly doing is operating to spread and endanger your ability to conceive in the future, if left untreated.

Chlamydia, for example, has been shown to cause mild to more severe permanent scarring and even blockages in the male sperm production. This, of course, will reflect negatively on sperm production and male fertility. Then we have hepatitis B, and C. Hepatitis B has been linked to impaired male fertility by causing low sperm motility, and sperm count. Hepatitis C has been considered to be more dangerous than Hepatitis B since it has been linked to, not only, low sperm count and motility, but also, lower sperm volume and abnormal sperm morphology. And as if AIDS does not cause enough troubles on its own, it has been linked to an increased risk of hypogonadism. As you may know, hypogonadism causes a decline in testosterone production. And since testosterone is the main male reproductive hormone, it is easy to understand how much damage the sperm quality, motility, and count, in addition to the male fertility, will become.

Women are not spared by the common STDs as well. All of the previously listed STDs have been reported to occur in women, just as they have been in men. STDs have been commonly associated with pelvic inflammatory disease (PID) in women. PID on the other hand, since it causes damage to the woman’s fallopian tubes, if left untreated, it can very easily cause infertility issues and even go as far as putting your life in serious danger. Chlamydia and gonorrhea are the two STDs that have been most commonly linked to infertility issues.

How to protect yourself against the common STDs? 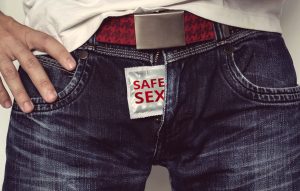 Now that we have so many different contraception methods at our disposal, it is impossible to imagine why we would put ourselves at the risk of getting an STD and risking our health and ability to conceive just for the sake of a few minutes of unprotected, unsafe sex.

We highly recommend you to choose more than one contraception method for the best results. One thing that most people are mistaken about is believing that using the pill will serve as a great contraception method. And while there is no doubt that the pill is a great way to prevent unwanted pregnancy, you have to understand that it will not protect you against the common STDs that we have discussed earlier, including their negative effects and potential risks. Despite the fact that even one contraceptive is better than none, there is no doubt that you should always be sure that you are actually well protected. Make sure that you have either a male or a female condom at your disposal along with one or two other contraception methods to protect yourself and your partner from any sign of STD or unwanted pregnancy.

As you have learned so far, there are many ways in which the different STDs can put your fertility at risk. From reducing your testosterone production, sperm count, volume, and motility, to going as far as causing sperm abnormalities that will presumably cause life-lasting infertility issues. You see, unwanted pregnancy and the common STD symptoms are not the only things that you should be afraid of, not when you have fertility issues to be afraid of as well. If today’s article taught you anything, that is the importance of practicing safe, protected sex, especially with a new partner. Protect yourself and your partner by engaging in safe sex only.

Penis Amputation: An Overview of Diseases That Could Lead to This Complication