This Is How Yoga Helped Me Relieve My Joint Pain Symptoms

Joint pain may well be one of the most problematic issues ever to affect my body. Five years ago, I started to experience slight sensations of pain in my hands. At first, the symptoms were mild, and I considered the slightly painful sensations that I experienced as a side-effect to my busy fingers. Working on a computer all day can certainly put a lot of strain on your fingers, after all. Gradually, the pain started to get worse up to the point where I was unable to use my fingers on some occasions. Stiffness and swelling eventually started to develop along with the pain, and soon, I experienced the disability that is often reported to be accompanied by joint pain. My hands would not open and close as they normally do, and the pain kept me from doing the things I usually do without any problems. Suddenly, making a simple cup of coffee became a challenge. Working on a computer became an even more difficult challenge.

My fingers were not the only joints in my body to be affected by these signs and symptoms of joint pain. Soon, I started to experience pain in my elbow. My back also started to give me problems – sometimes it felt almost impossible to get out of bed. These were all quite unfortunate symptoms, and being a busy person that is used to fulfilling a schedule that is jam-packed with assignments every day, these symptoms really started to mess with my life.

After doing some research, I found that joint pain has quite a lot of different causes. According to MedicineNet.com, some potential causes include injuries that affect the tendons, bursa or the ligaments around a joint. Injury to the cartilage and bone that are found inside of a joint can also cause these symptoms. Furthermore, when inflammation is present, pain is often also a complication. Other potential causes included infection and, rare, cancer that affects the joints where the symptoms are experienced. They also mention that some causes have been identified, such as gonorrhea and chlamydia. 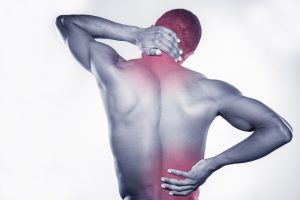 Reading about these potential causes made me realize that obtaining an official diagnosis as to why I am suffering from joint pain is vital. Since there are so many potential causes to the symptoms I am experienced, I needed to know what exactly was going on and why I was experiencing these symptoms. While arthritis and joint pain hold a strong connection, I had to be certain that I am not suffering from a deadly disease.

According to the Arthritis Foundation, several types of tests can be utilized in order to determine what exactly is causing joint-related symptoms. Such tests may include an antinuclear antibody, or ANA, test, a rheumatoid factor test, anti-cyclic citrullinated peptide test, a test for the uric acid level in the bloodstream, as well as some other tests. A joint fluid test, as well as x-rays and other imaging tests,  might also be conducted to determine the exact problem and cause, and, ultimately, to make a diagnosis.

I finally decided to give my doctor’s office a call and to schedule an appointment. After a physical examination, the doctor advised me to have some tests performed. This included x-ray scans in order to determine whether the painful joints have suffered from any damages. I received a call from the doctor’s office stating that some signs of arthritis were present in certain joints and that I needed to go into his office to discuss a treatment plan.

It was quite unfortunate to learn that I have a type of arthritis known as osteoarthritis – a form of the disease that is caused by years of wear-and-tear damage. The unfortunate part was that the disease could not be cured. The good news, however, was that medication might help to provide relief from the pain that I am experiencing, and that it might also assist with slowing down the progression rate of the disease.

Various medications were prescribed to me in order to help me experience a reduction in the severity of my symptoms. Unfortunately, they often came with some side-effects that made life unpleasant. Apart from the common side-effects, such as nausea and an upset stomach, I also learned that, according to Everyday Health, these drugs could cause kidney damage, stomach bleeding, and even increase my risk of suffering from a stroke or a heart attack. All of these possible side-effects made me pursue alternative ways of managing my symptoms. 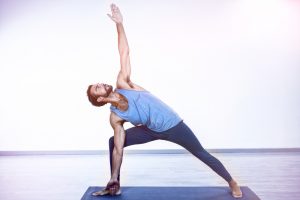 Considering the fact that the drugs I was given did not produce a significant reduction in my pain levels, and that these drugs have been associated with possible dangerous side-effects, I extended my search beyond pharmaceutical options. This is when I found yoga – something I have always known about, but never truly considered practicing myself. I learned that many people with arthritis had experienced a great deal of relief in their symptoms from performing certain yoga poses.

The Health Site provided some useful poses that I decided to start out with – including the Veerasana, Vriksha Asana, Setubandhasana, Gomukhasana, Trikonasana, and the Shavasana. After a few tutorial videos and some practicing, I finally learned that yoga is truly a beneficial practice that can assist with the symptoms I was experiencing. A few days after I started practicing yoga, I could really feel the benefits kicking in. Flexibility greatly increased, while stiffness in the affected joints started to reduce. Pain also subsided, and the swelling became less severe. Until today, I have been practicing yoga on a regular basis, and I must say, this is really great practice for anyone who is experiencing signs and symptoms of joint pain – especially those who are suffering from arthritis.

Suffering from arthritis, I experienced a great deal of inflammation, pain and joint stiffness on a day-to-day basis. As the symptoms became worse, my life started to get to a standstill. I was unable to perform simple tasks that I could usually do before. Both my work life and personal life started to suffer from these symptoms. Today, however, I manage to keep the symptoms of arthritis and joint pain under control, by simply practicing some yoga a few times a week. Yoga has truly changed my life and has now become a positive part of my lifestyle.

The Dangers Of Not Exercising