We’ve taken it upon ourselves to dispel the most common misconceptions about men’s health that still abound to this very day.

See, there are some myths about men’s health that have gone far too long without being challenged – and it’s about time we settle the score. Hopefully, this article will help you open your mind to new health goals or maybe even drive you to make better lifestyle decisions.

Myth: Your Testosterone Levels are OK If Your Doctor Never Talks About It

Whether you’re aware of it or not, your testicles are responsible for producing testosterone in your testicles when you hit puberty. Testosterone is the sex hormone that is linked to sexual and physical development typically associated with males. However, testosterone levels start to taper off past the age of 30 in most men.

Doctors don’t necessarily check your testosterone levels every time you pay them a visit. Even when you begin manifesting symptoms of testosterone deficiency, your doctor might not even consider the possibility of low testosterone possibly influencing your symptoms. As a consequence, you may end up dealing with a treatable condition you didn’t have the faintest idea you had.

Here’s another piece of broscience that just has to go: the notion that wearing hats may cause hair loss in men.

Sure, while there may be ‘experts’ support the claim that tugging on your hair’s roots may lead to follicle damage or male pattern hair loss, there’s no actual scientific evidence backing it up.

What this means is you can wear hats as you please without having to fear going bald irrationally. Besides, genetics is the most predominant cause of receding hairline, so there’s pretty much nothing you can do about that.

Erectile dysfunction manifests itself in a variety of forms – more than you might think. Sure, ED mainly refers to a person’s inability to obtain or maintain an erection, but ED can also mean that your erections aren’t as satisfying or firm like they used to back in your prime. This may be caused by hormonal imbalances such as testosterone deficiency, a poor diet, to poor lifestyle choices, among others. 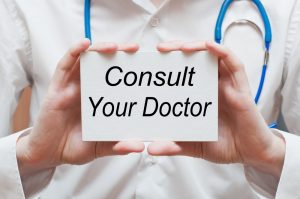 Taking human growth hormones is risky, but it’s not the only way to increase your testosterone. There are plenty more testosterone booster supplements out there that may help you increase testosterone levels naturally. Some of these work by inducing hormone production for improved metabolism, performance, and energy. It’s all a matter of doing your own research and consulting your doctor.

Male UltraCore has ranked consistently as the #1 testosterone booster supplement. Find out why.

Drinking, smoking, steroid use, inhalation of chemicals, or exposing your genitals to extreme heat may prevent your body from producing quality, healthy sperm. And, as you can tell, this can affect your baby’s health in the future. Older men are less likely to produce healthy sperm than their younger counterparts.

The solution? Cut down or quit certain vices entirely three months before deciding to have a baby. After all, you want only the best for your child.

It’s surprising how so many men assume that age-related cognitive problems like memory lapses, lack of concentration, and general cognitive decline are inevitable realities older men need to face. But it shouldn’t be. Your cognitive faculties may slow down a step or two as you pile on the years, but there are plenty of ways you can offset this decline by making lifestyle changes to achieve this.

According to estimates, one in four men will experience some form of erectile dysfunction in their lives. And contrary to what most people think, ED is increasingly becoming popular even in men below 30. This can be due to a myriad of factors such as lifestyle choices and underlying medical considerations.

Nothing can be further from the truth. And, if all the health risks men face as they age weren’t reason enough to worry, men can actually get breast cancer as women do. Men have breast tissue as well, despite having significantly less of it. It’s a good habit to check for potential signs, even if breast cancer occurrence in men is less known about.

We know we mentioned that exposing your gonads to extreme heat for prolonged times may affect sperm production and quality. The keyword being exposed to excessive heat for a long time. Normal exposure, such as saunas, hot tubs, tight underwear, and using a laptop, is a minimal risk. Furthermore, no evidence exists stating that wearing tight underwear reduces your fertility, so knock it off. 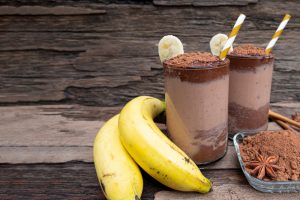 Protein shakes are supplements, meaning they should be used only to cover any gaps in nutrition. If you’re already getting sufficient protein from the food you eat, then there’s practically no need to take a protein shake. By no means is it a prerequisite to building muscle mass, after all.

Too much of anything is a bad thing, however – and so is the overconsumption of protein. Doing so may lead to weight gain, organ damage, and constipation, among others.

Without a strength and cardio program, taking protein shakes won’t do you jack squat. The important thing is to go on an exercise regimen.

The Good, The Bad, and The Ugly Effects...