Why Do Men and Women React Differently to Stress?

As research shows, men and women differ in so many things, and their stress response is just another dividing line between them. Your heart beats faster, your mind gets fuzzy, and you start feeling overwhelmed. While these common signs of stress are shared by men and women alike, the way the two sexes react to stress is strikingly different, according to researchers.

Men may become withdrawn and egocentric during stressful times. On the other hand, women are more likely to seek out emotional support and become compassionate when things get rough. These differences are attributed to things like sex hormones and social conditioning. Other than that, the long-term consequences of acute and chronic stress were also found to affect men and women differently, with female sex having more trouble coping with the consequences of stressful living.

Women are more sociable when stressed

In a study published long ago in Psychological Review, researchers concluded that the fight-or-flight response was not what happens to women during stress. Instead, the way women generally responded to stress could be better described as a tend-and-befriend. Women seek out emotional support from friends and family when stressed out, and they also tend to want to nurture those closest to them the study found.

Tending here refers to nurturing activities towards safe and others in order to elicit feelings of safety and to reduce stress. This kind of response in women apparently draws back to times in early human history when women relied on social support for safety. Women had to protect their offspring from danger and relied on other women for this protection as well by forming larger social groups. This kind of behavior seems to be hardwired into the female brain as an evolutionary adaptation.

Why men shut down during stress 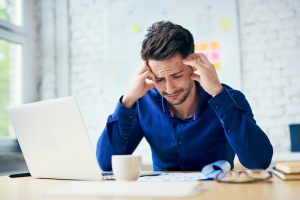 Men, on the other hand, tend to become withdrawn and individualistic when feeling stressed out, as explained in a study published in a 2014 issue of Psychoneuroendocrinology. The study examined how stress affected a person’s self-other distinction depending on their gender. According to the study’s findings, stress seems to increase the self-other distinction in women, while this distinction seemed to decrease in men.

For this reason, men seem to have trouble separating their own thought and feelings from those of others when stressed out. This may, in turn, lead to greater hostility and selfishness in men who are dealing with more than they can handle. Research also shows that certain brain regions responsible for facial recognition shut down in men during stress, again proving that men become less sociable when stressed.

The role of hormones

Research has also tried to dig deeper into what exactly is behind the stress response differences between the sexes. As is usually the case when looking for what makes men and women different, the cause was naturally found in the hormones. The previously mentioned study published in Psychoneuroendocrinology found that women tend to release more oxytocin during stress than men do.

Oxytocin is a hormone produced during childbirth, but that also plays a role in social bonding and maternal feelings. Oxytocin also induces relaxation and lowers stress levels. The higher oxytocin production in women during stress explains why women become more “motherly” when facing challenges. In addition to oxytocin, researchers also believe that the calming effect of estrogen amplifies oxytocin’s effects.

Who can handle stress better?

However, all this does not mean that women are more adept at dealing with stress. Studies actually show that the long-term effects of chronic stress seem to hit women harder than men. A study published in Neurology found that exposure to high-strain jobs increased a person’s risk of stroke. But it seems that this risk was much greater in women than in men. Women are also known to be more likely to suffer depression and anxiety, and this as also attributed to the way stress affected women. 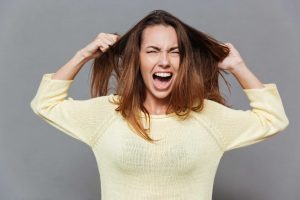 A study published in the Journal of Epidemiology & Community Health found that high demand and low control jobs were more likely to result in depressive and anxiety disorders in women. On the other hand, men were more likely to develop major depression with job insecurities. But there are some things that affect the two genders equally, and that is imbalances between work and family life.

Research shows that the two sexes react differently to life stressors, with men generally shutting down from social life and women doing the exact opposite. The differences were attributed to hormones, evolutionary adaptations, and social differences. And while stress seems to affect women worse than men negatively, the issue is only a matter of degree.

The truth is that no one is immune to the negative effects of stress on overall health and well-being. Generally speaking, while stress is unavoidable, no matter what your gender, everyone would be better off keeping stress at bay whenever possible because long-term stress is a major cause of chronic diseases, including depression.

The Good, The Bad, and The Ugly Effects...